Enjoy great destinations and explore this great and vast land of Australia. Use the menu below or the Search to find local activities and businesses.

Latent defects then materialised in the building’s common property, causing economic loss to the Body Corporate.

Judgement for the Builder: Where the parties have negotiated in their full rights and obligations, there is no reason for the Courts to intervene by imposing some further general law duty of care.

On Appeal to the NSW Court of Appeal

Judgement for the Corporation: The Builder owed a limited duty of care to the Body Corporate, based off the original duty of care that was owed to the first owner of the building (Chelsea Apartments).

On Appeal to the High Court

Judgement for the Builder: The Court found that the possible duty of care owed by the Builder to the Body Corporate was not an established duty of care category. This fact pattern falls in the “novelty” category of negligence law, as of the contract and body corporate statutory matrix that is present in this case.

On the facts, the Body Corporate was able to protect itself from the Builder’s negligence, as both the developer and the original purchaser made contracts that expressly gave rights to have defects in the common property remedied. Such terms in the contracts demonstrate that the parties were in a position to protect themselves from the Builder’s negligent conduct. If the parties in this case wanted further rights in this regard, they should have included so in the contracts. It was not up to the Courts to fix a “bad bargain”.

That being said, the Court commented that further protection and/or rights would have been afforded to the Body Corporate, had more than mere economic loss (e.g. personal injury) had been suffered. The Court contrasted the case of Bryan v Maloney, where it was found that subsequent owner of a domestic household was vulnerable to the builder’s negligent work because they were incapable of protecting themselves. Unlike the Body Corporate, the subsequent owner in Bryan v Maloney had no opportunity to protect their interests in the form of a commercial or contractual relationship with the builder.

(3) Body Corporate pay the Builder’s costs of the appeal.

The case of Bryan v Maloney has been confined to the category of case in which the building is a house[i] and in which the subsequent owner can be shown to fall within a class of persons incapable of protecting themselves from the consequences of the builder’s want of reasonable care.

Further legal protection in this area of law is to be extended by the legislature.

It is for the legislature, and not the courts, to make the policy decision to extend legal protection to commercial investments.

[i] Per Gageler J’s judgement

About the author  ⁄ Lee Lawyers

Lee lawyers are an expert commercial disputes and insurance law firm based in the Southport CBD, Gold Coast. Our principal lawyer Ross Lee and staff are focussed on keeping in touch with clients, cost efficiencies and results. 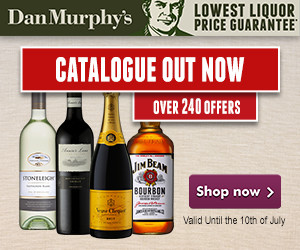